We dazzled at the Intersec exhibition

INTERSEC is the most important exhibition of Latin American safety field. In 2018 edition, we developed the idea of Funcional and Voran booths with led screens showing conceptual videos of the new lines that were presented at the event, with an exclusive exhibition of the new models. The booth was awarded the best one of more than 152m2!

exhibition for Funcional and Voran.

Funcional and Voran´s presence in the event had to be original, from its infrastructure till its dynamics, surpassing last year´s proposal and standing out from the other booths .

A booth full of screens

We resorted to technology and used 464 screen modules, taking into consideration the tendency to show audiovisual content. In all of them, there were brand videos in Motion Graphics and 3D animations that symbolically, abstractly and hypnotically represented the different technologies of the new models.

One of the screen blocks was shaped as a box. It was a plus that was offered in the booth, which had an exclusive entrance for those visitors who were craving for getting to know the new model. This aroused curiosity and expectation to discover what was inside. There, they were explained how every technology worked and the new lines were exhibited .

One of the challenges of this creative proposal was to find a continuity among the spots that the booth offered: the footwear exhibition, the bar and the box. In order to do so, we created videos and showed them in every area. This way, no matter where people were, they always connected them with the brand 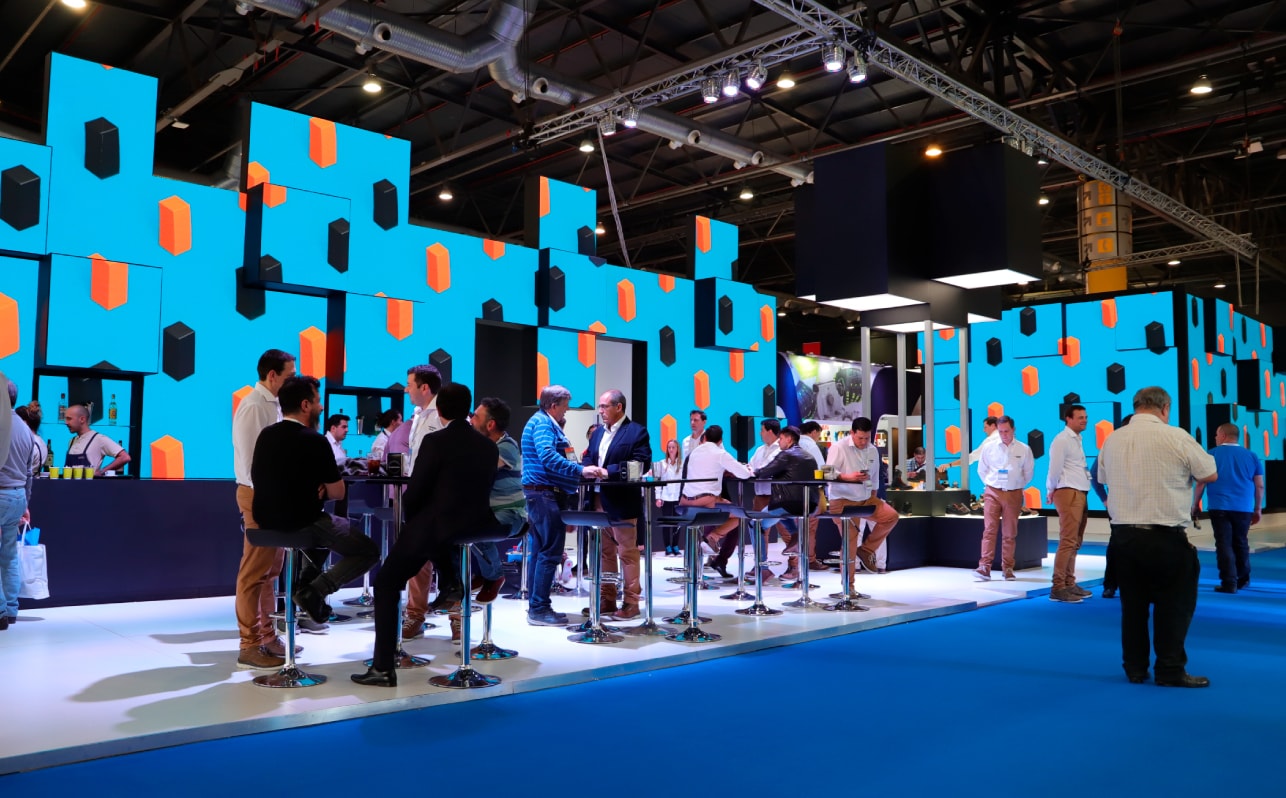 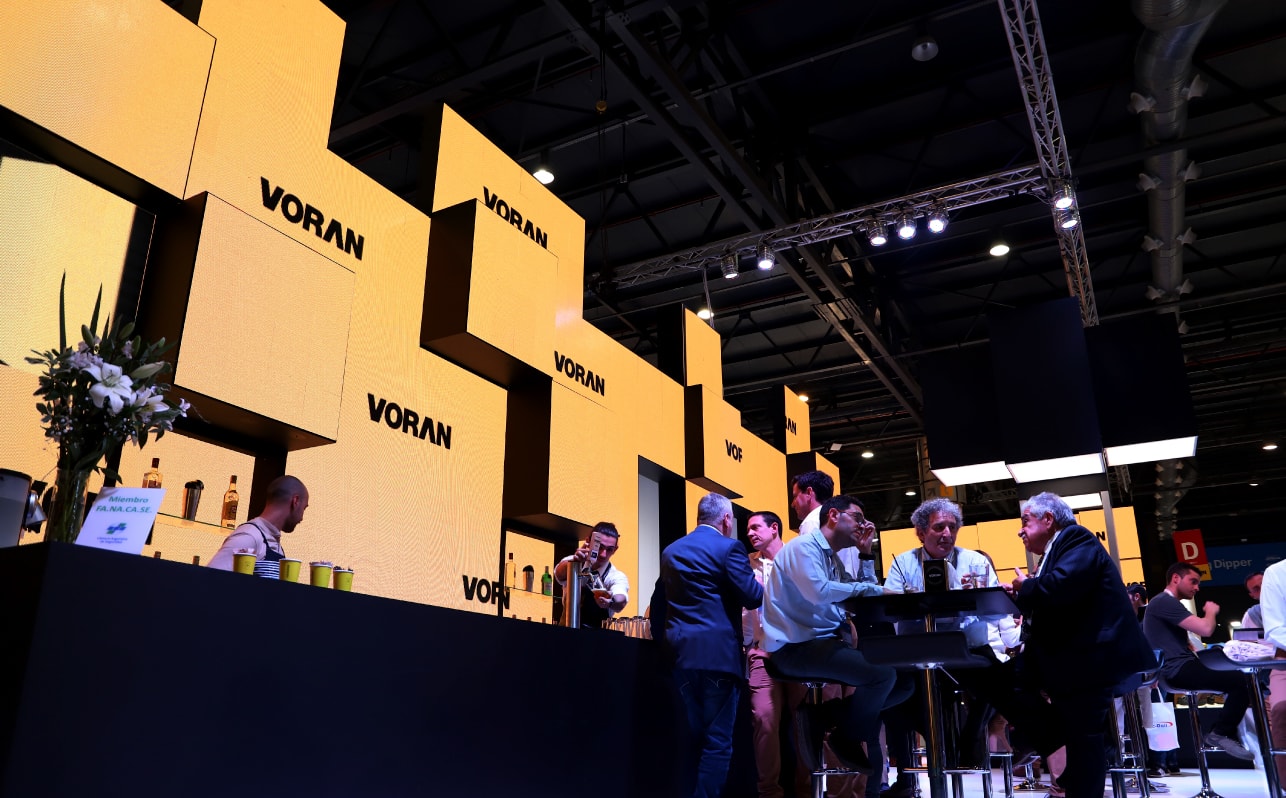 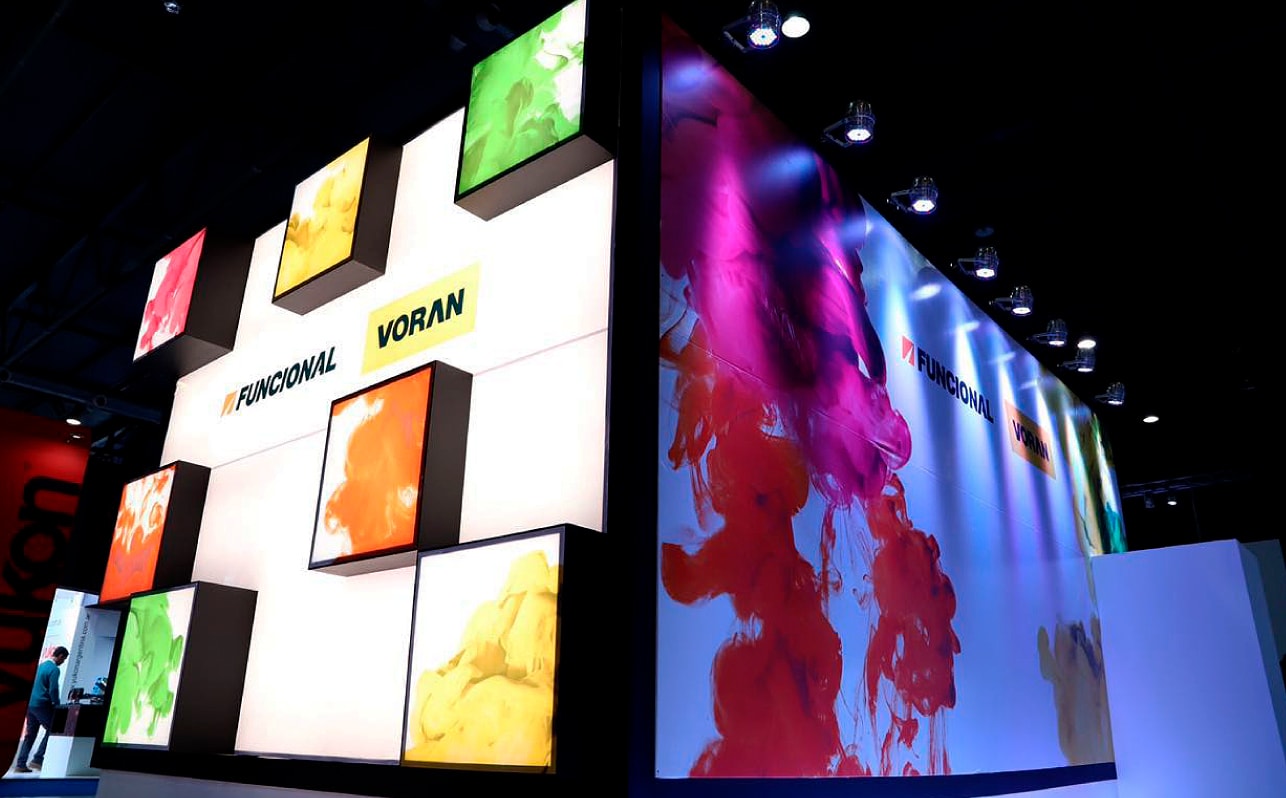 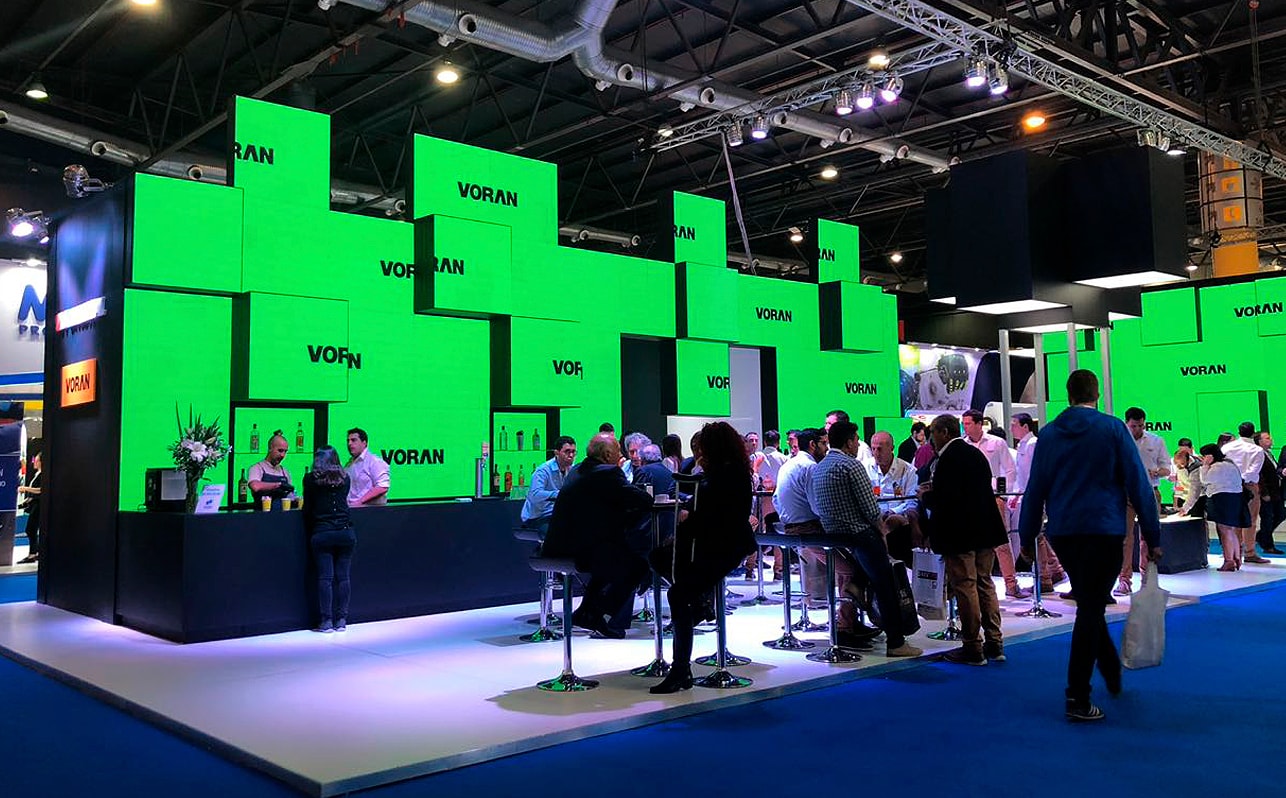 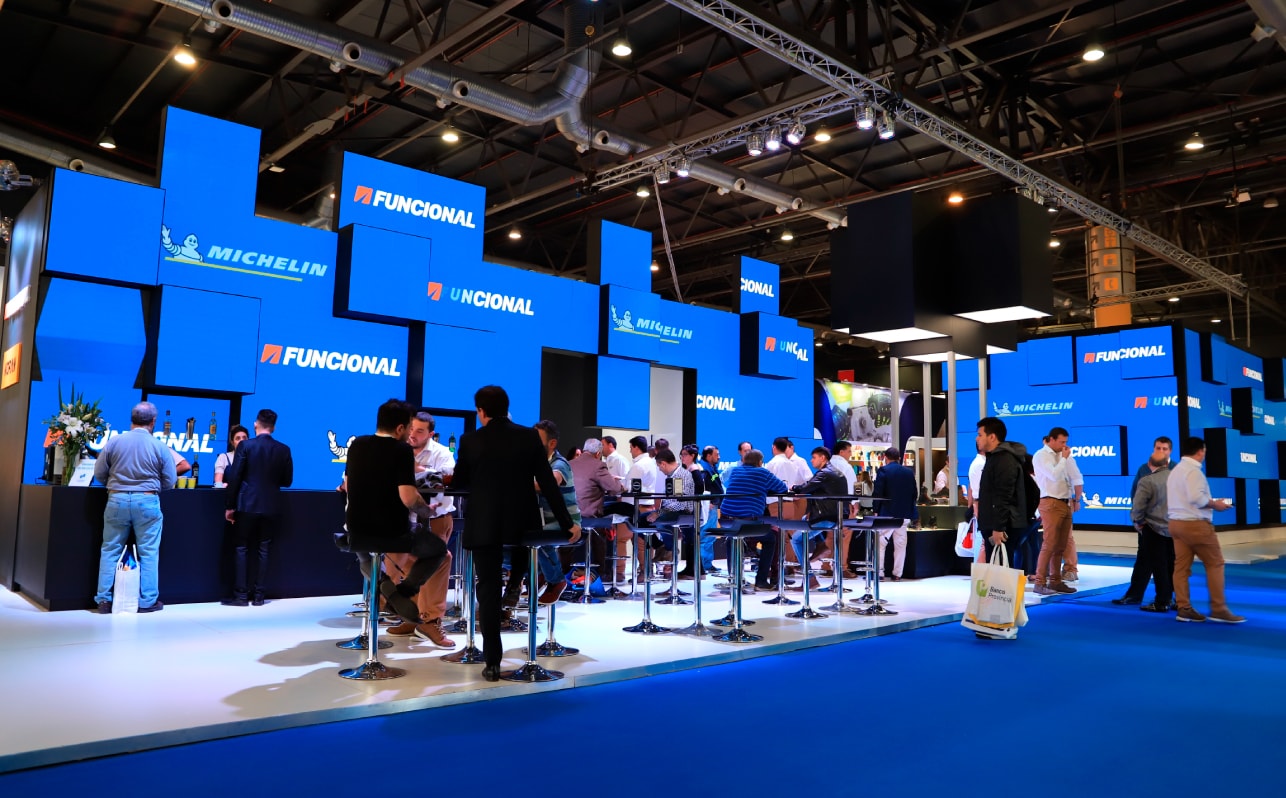 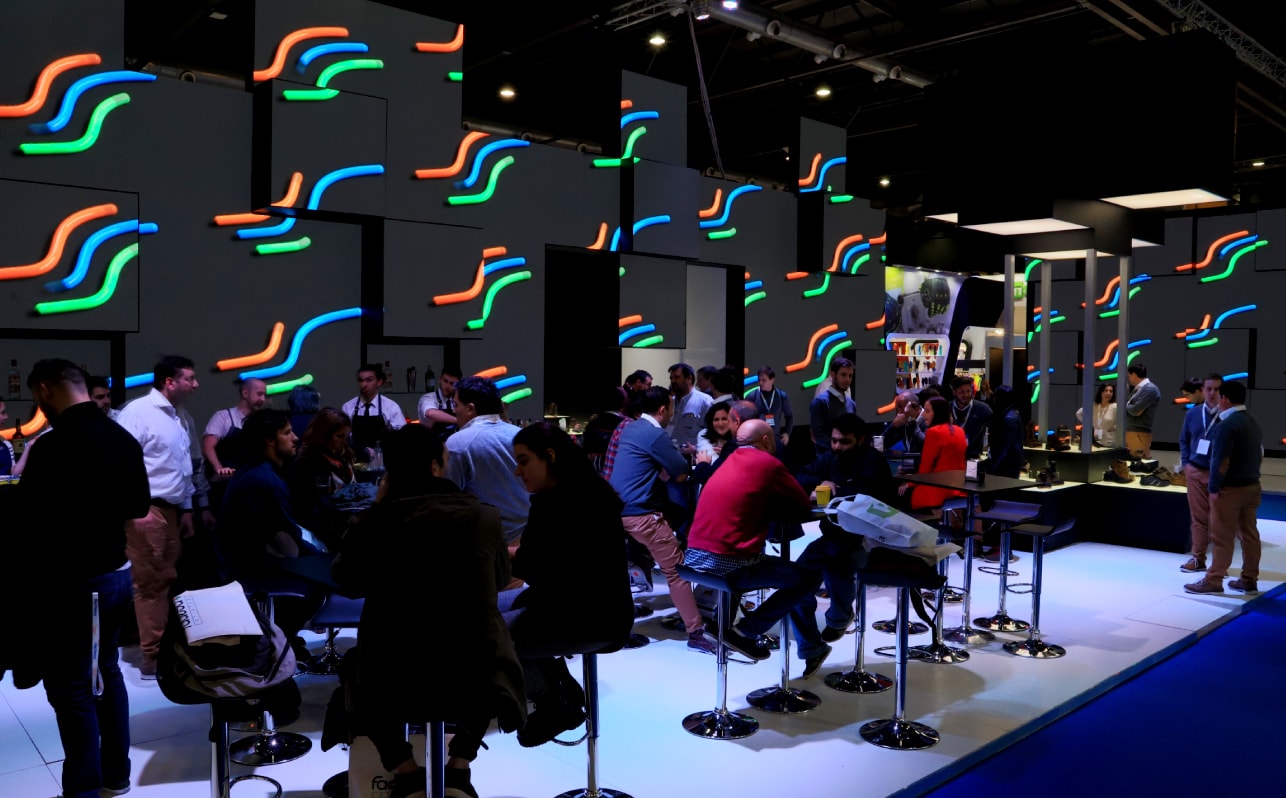 Funcional and Voran´s booth was the most outstanding one at the fair and was awarded a Caife prize together with Studio Quadra for being the best more than 151 m2 booth. The videos lit the area according to the color that was shown. Everybody stopped walking to admire it, take pictures and ask about the products. Besides, exhibiting the new lines only to those users who were interested in them and approached the salespeople, created more movement and an intriguing atmosphere among the attendees to Intersec 2018 .

PRODUCTION AND EVENTSCREATIVE COMMUNICATIONDesign and communication

Let´s start a project together
URL copied to clipboard